Posted on 1 year ago
No Comments
Advice 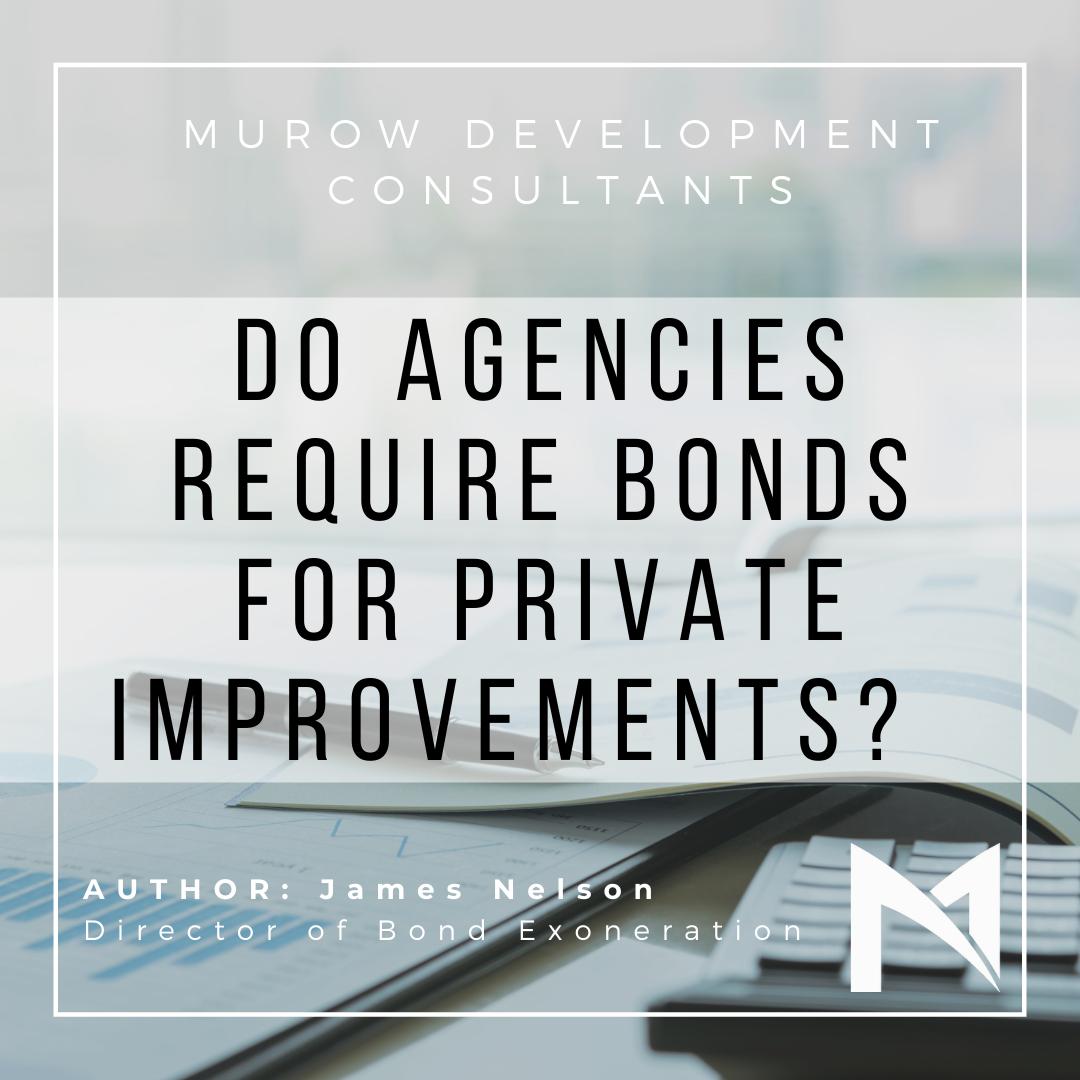 When a developer is posting performance bonds before the construction of a new community, the agency whose jurisdiction the developer is building in will decide which improvements the developer should bond for.  Most bonded improvements are public, meaning they tie into an agency’s existing infrastructure system and will be maintained by that agency (for example – streets, sewer, water, and storm drain will often be public improvements).  However, in most instances, there will be private elements of the community.  Private Improvements would be defined as anything that will ultimately be owned and maintained by a Homeowner’s Association (HOA).  These improvements would include various landscaping and irrigation, streets, parks, private water and storm drain, and common areas.  Although these areas are constructed within an agency’s jurisdiction and will be inspected by that agency, that doesn’t guarantee the agency will maintain them.  So, does a developer have to post a bond with the agency for them in the first place, and how does a developer navigate that when it comes to bond release?

This comes down to the preference of the agency and what is included in the developer’s Subdivision Improvement Agreement with them. Sometimes the agency will only require the developer to post one bond, called a Subdivision Improvement bond. This bond encompasses all facets of the project. It ensures all improvements, both public and private, will be completed per the agency’s requirements since all improvements are covered in the one bond.  If the agency has all the improvements bonded separately, they will not require the bonds to be posted for private improvements. The caveat to this is oftentimes the municipality will require an HOA acceptance letter preceding the bonds being released, which means that all the private improvements would need to fit the HOA’s requirements for acceptance. This serves as the agency’s safeguard to making sure all improvements are completed before the release of the bonds.

Murow has expertise in turning over both public and private improvements to either agencies or HOA’s.  Please contact James Nelson, Director of Bond Exoneration, for any of your closeout project needs, or to strategize on bonding a project from the beginning planning stages.