Posted on 2 years ago
No Comments
Advice 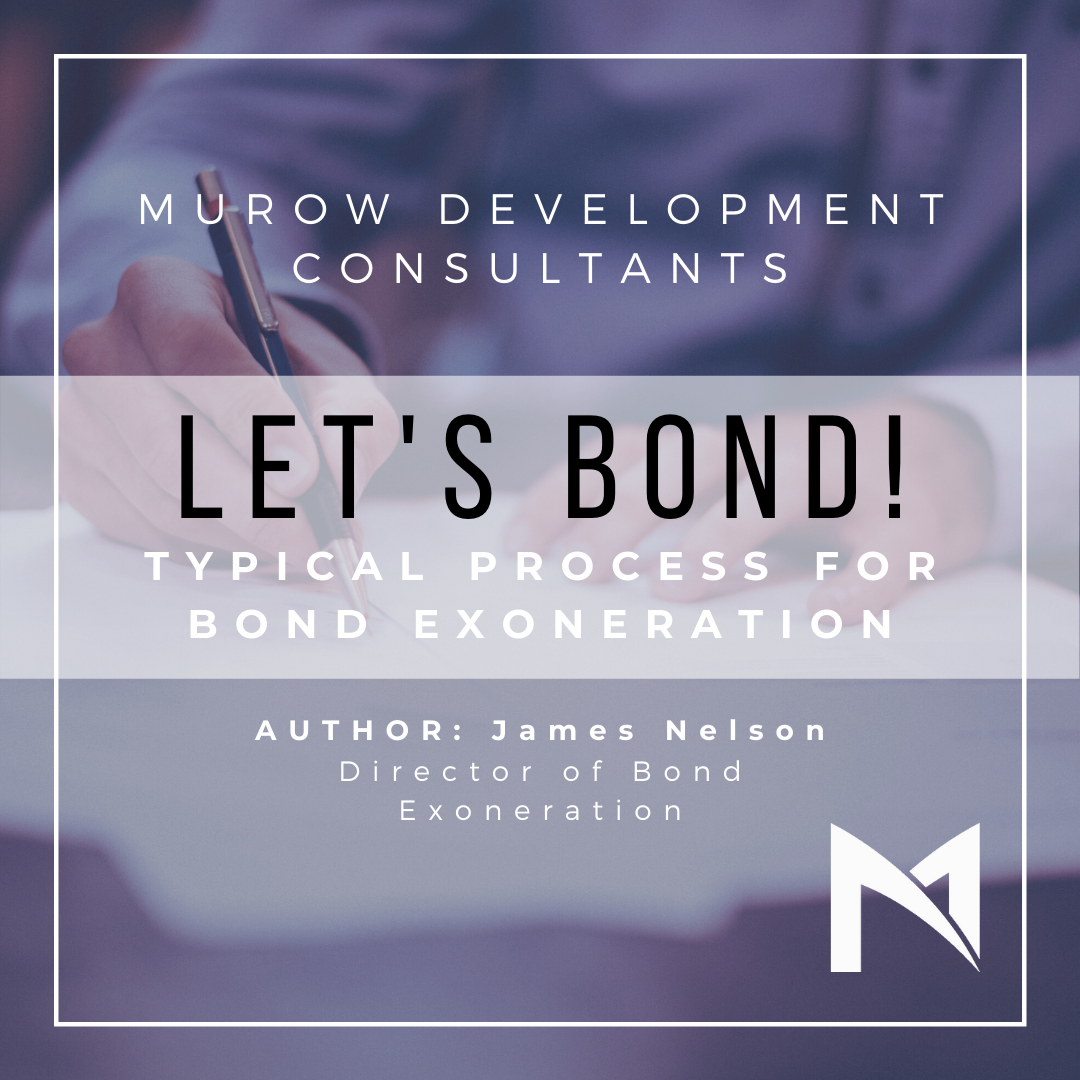 All agencies have their own separate requirements that builders / developers must fulfill before their bonds on a project can be released.  For instance, depending on the location of a project within the County of Riverside, the County of Riverside Transportation Department could require an acceptance letter from the Eastern Municipal Water District, Temescal Valley Water District, Riverside County Flood Control, and Valley-Wide Recreation & Parks (among others) before releasing any of the County held bonds.  Although a particular bond is held by one agency, you must realize that there can be multiple agencies or entities in play that have their own separate requirements that must be fulfilled before bonds can be released.  It can be complicated and time consuming!  However, despite the various intricacies that come when exonerating bonds for any agency, the core of the bond release process stays relatively similar no matter which agency you are working with.

First, a punch list needs to be issued from an agency inspector, and then that punch list work must be completed by a licensed contractor(s).  Once all punch list work is completed, a final walk will take place with the inspector, who can then “buy off” on the improvements.  This means that all improvements have been installed to the agency’s satisfaction.  It is not uncommon that multiple walks need to take place before all punch list items are completed, and oftentimes there will be multiple punch lists that are issued.

Once the punch list work is completed, you start the process of obtaining a Letter of Acceptance from the bonding agency stating that all improvements have been installed correctly and are now ready to be turned over to them for maintenance.  This letter is typically referred to as a Notice of Completion or Statement of Completion.  This will trigger the beginning of a 1 year “maintenance period.”

Once a Letter of Acceptance has been issued by the agency, it will typically be presented to the City Council or County Board of Supervisors for approval for bond reduction / release.  If the council or board approves the completion of the improvements, a bond reduction or release letter can be furnished by the agency.  Once the bonding agency issues the reduction or release letter to the builder / developer, that is when your bond has been reduced or released.

Remember – each agency is different, and each has their own intricate process and requirements for bond release.  However, the overall mechanisms and processes in place at all agencies for bond exoneration have many similarities.  Being experienced with the process is of great value in having your bonds exonerated in the most efficient and expeditious manner possible.

Previous Post
We’d Love To Help! – The Basics: Keeping Track of Your Project Expenditures
Next Post
Let’s Talk Cost – Grading: Understanding the Art of the Balance